To make short paste in Lent

Take thick almond milke seething hot, and so wet your flower with it: and Sallet oyl fryed, and Saffron, and so mingle your past altogether, and that will make good paste The good Huswifes Handmaide for the Kitchin, London 1594, 1597

This is an interesting recipe as it addresses an issue with pastry that isn’t often considered – how do you make pastry in lent when eggs and butter are forbidden. There are a large number of pies and pasties that are specifically Lenten recipes through the middle ages, however, how do you make the pastry acceptable?

The basic pastries of the 14th century that used only water would not have been an issue during Lent, but more complex butter and egg pasties would have been forbidden.
The above recipe is perhaps a way they got around the strictures.

The date is also interesting, it come from a collections recipes published in London at the very end of the 16th century and at a time when England’s view of itself as a protestant nation was firmly established and perhaps the holding of a strict Lent would have been on the wane. The need for a recipe for a Lenten pastry shows that for some (at least) it is still important enough to need a solution.

Breaking down the recipe

The recipe is very vague in it is instructions with no indications of proportions or quantities. It does say it is for a “short” pastry. A classic modern short pastry is 2 parts flour to 1 part fat. However, the same principle cannot be applied to this recipe due to the level of liquid involved in both the almond milk and oil. I tried 2 different versions of this pastry using different proportions.

I heated the almond milk to just below boiling point, to get it to “seething hot”. In a separate pan I heated the oil and saffron. When the milk was hot, I poured it in to the flour and mixed two together. I then added the oil to bring the mixture together. 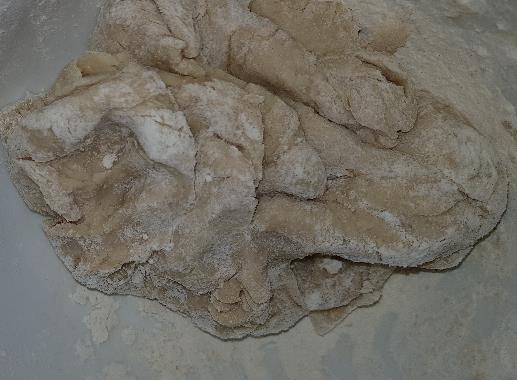 The texture was similar to a Hot Water Crust pastry, where you use butter / lard melted into water and then poured over the flour. I should also say it didn’t have the most appealing of smells, but that could just be me.
The pastry rolled out smoothly and easily cut very nicely. 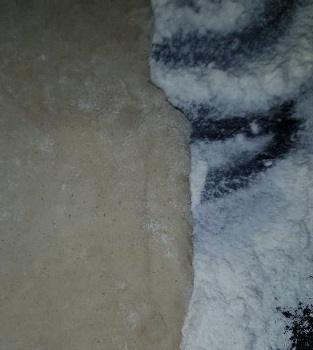 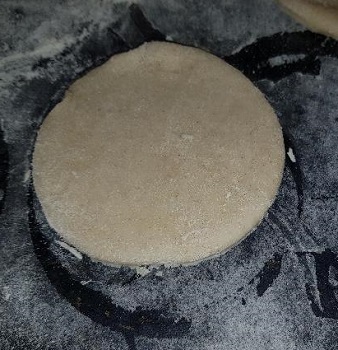 Having made my pastry, I cooked it in 2 methods – frying and cooking in an oven as two of the most common methods for cooking pastry. 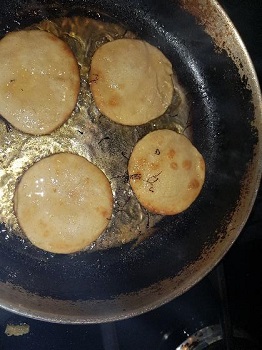 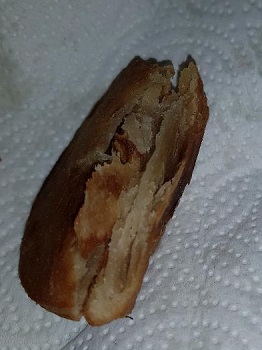 They pastry tasted good with a light structure and it held up well under the heat of frying. 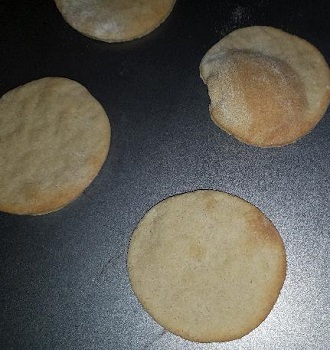 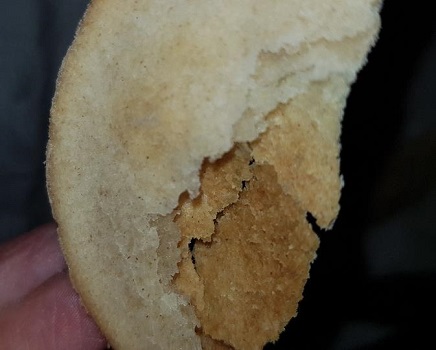 The disks bake well and evenly and again came with the light texture I would expect from a short crust pastry. 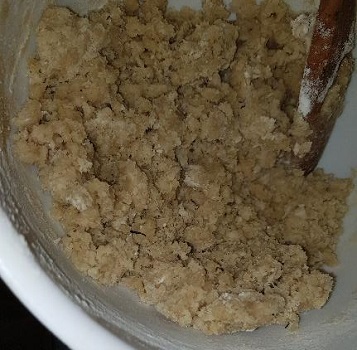 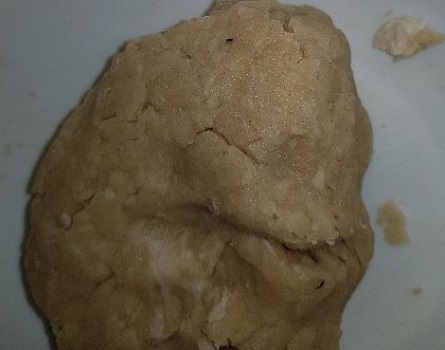 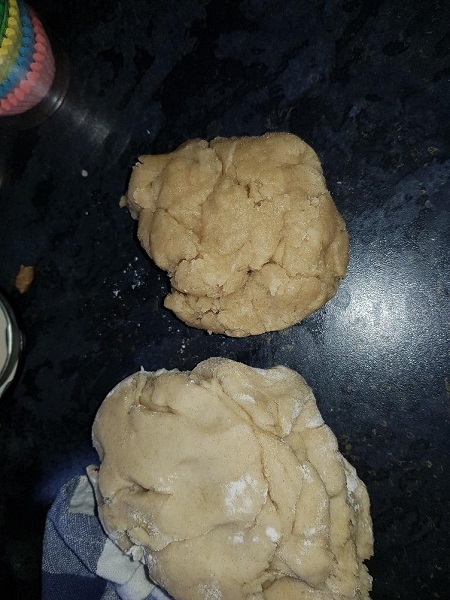 The pastry held up will under the heat and cooking evenly. However the oily texture was not helped by the additional oil in the frying. The taste was reasonable with an acceptable texture and could work for fried pastries. 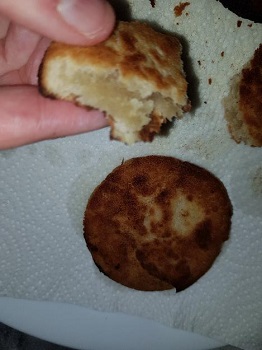 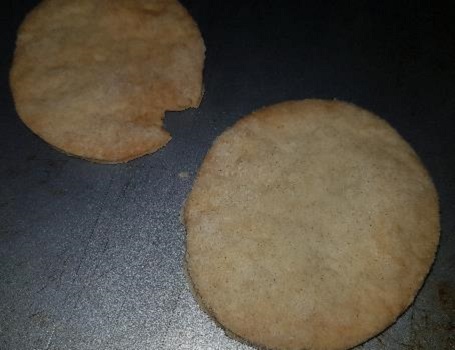 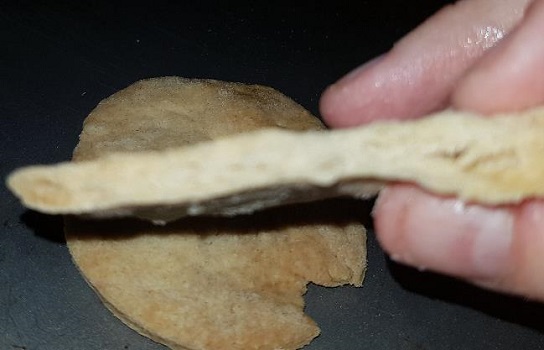 The baking of the pastry had the effect of the drying out the pastry and had the texture more of cardboard. The taste whilst not unpleasant it failed to give the light “short” feel that I would expect from a short pastry.

Based on these two versions, we can draw a few conclusions: